Astronics (ATRO) Corporation, a leading supplier of technologies for the aerospace and semiconductor industries, announced on October 16 that it received new contracts from several major North American airlines. Astronics will install EM-POWER® in-seat power systems on up to 1,400 aircraft. The contract award services aircraft from six major airlines. 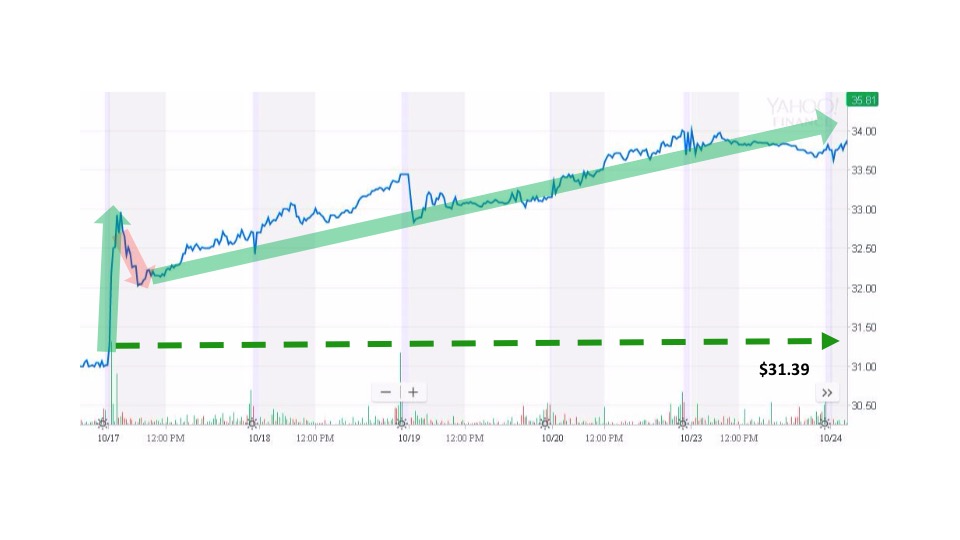 The price quickly spiked to around $33 before fading back during the morning trading hours. The price continued to rise throughout the afternoon on October 16. The trend continued upward over the next few trading days, and it closed at $35.81 on October 24.

To see the latest weekly webinar, you can visit our Live Webinar page.

Let us send you a summary of the signals Sonal generates EVERY WEEK… and you can decide if you’re missing anything.

Naw, I like what I see… take me to the order page